Mariners are advised that a recent inspection has discovered inaccuracies in all light sectors of Sgeir Ghlas sector navigation light.

Following an inspection by NLV Pharos it has been reported the southern (seaward) sectors were all found at 1 degree higher than charted while the northern (landward) sectors were 3 degrees higher. This sector light should therefore be considered by mariners to be unreliable.

The small lighthouse on Sgeir Ghlas, near Scalpay, East Loch Tarbert, consists of a stand-alone octagonal shaped concrete tower, which is painted white with a red roof. 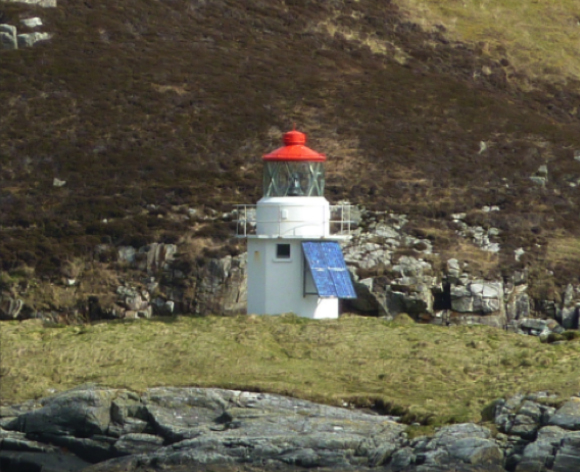 The published AtoN details are as follows:

The observed sectors are as follows: 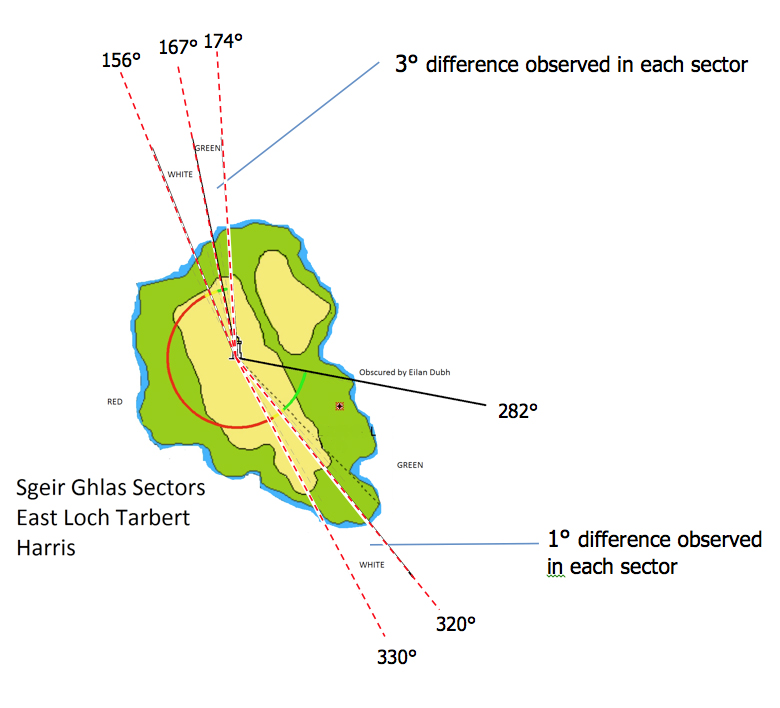 Given the extremely exposed position of the light it is unlikely an attempt will be made to land to investigate further and rectify the inaccuracies until weather much improves.

Further details can be obtained using the contact details below.

This website uses cookies to improve your experience while you navigate through the website. The cookies that are categorised as necessary are stored on your browser because they are essential for basic functionalities of the website. We also use third-party cookies that help us understand and analyse how you use this website. These cookies will be stored in your browser only with your consent. You have the option to opt-out of these cookies. But opting out of some of these cookies may have an affect on your browsing experience.
Necessary Always Enabled