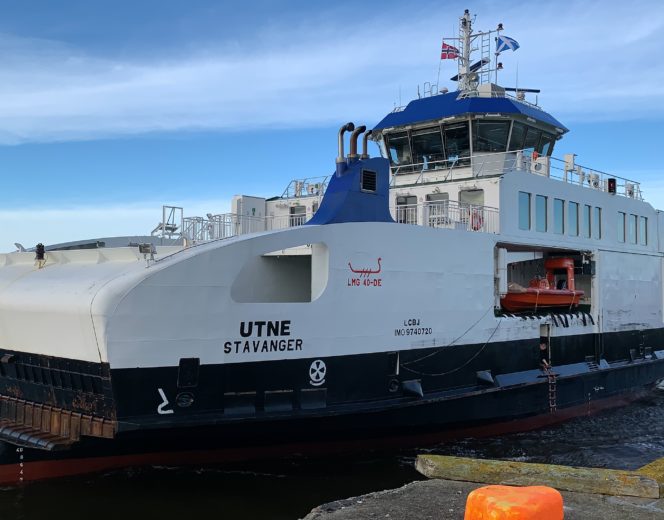 A small renaming ceremony was hosted in Craignure on Monday 6th June to thank those who have aided in bringing the vessel into service. Attendees included former Argyll and Bute councillor Mary-Jean Devon, children from Ulva and Tobermory primary schools who had won a competition to have their Mull-themed art displayed on the ferry, as well as CalMac crew and local media. 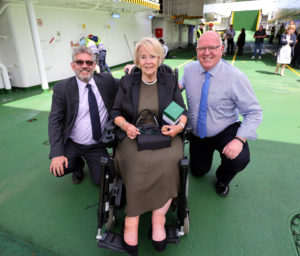 Upgrades to the MV Loch Frisa took place at Dale’s Marine Services in Leith, ensuring she is equipped to operate in Scottish waters. At the yard, she was fitted with new ramps, mooring platforms, lifesaving apparatus and new sewage treatment equipment.

Berthing trials, crew familiarisation and ramp load trials will now be undertaken before her introduction into service in June. The vessel, which was purchased from Norled, Norway, in 2021, has undergone a £4.5m refurbishment, and will operate on the Oban-Craignure route. It will support the MV Isle of Mull with a year-round service.

All modification work on MV Loch Frisa is expected to be completed in early April.  The majority of the works, which include new ramps, mooring platforms, CCTV, cabling and a marine evacuation system, have been completed and CMAL is working with Dales Marine Services in Leith to ensure that the remaining items are finalised. 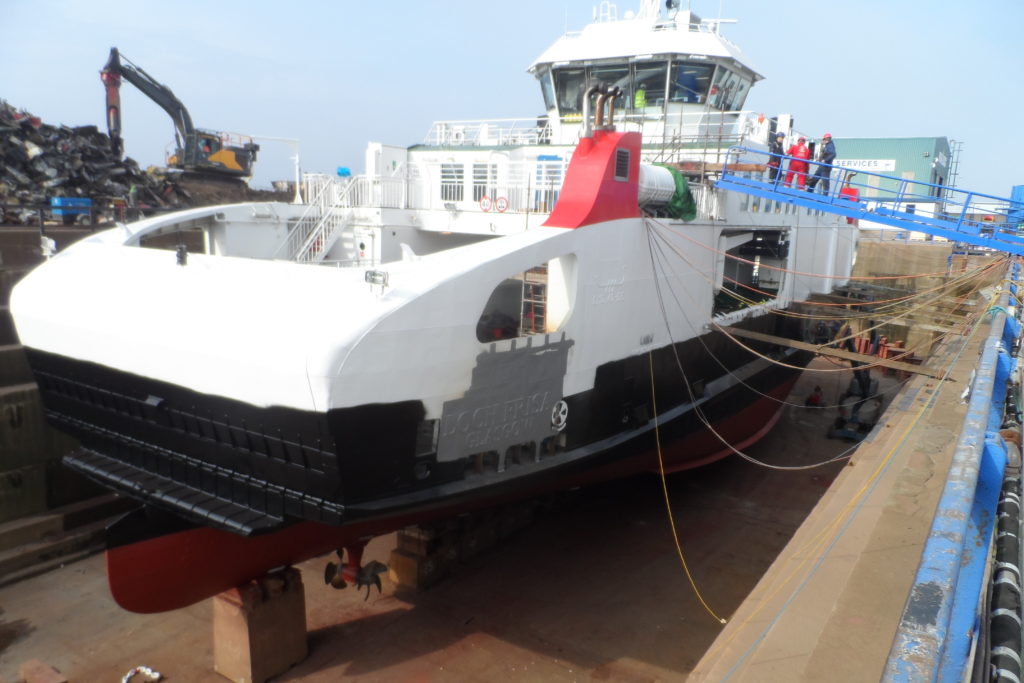 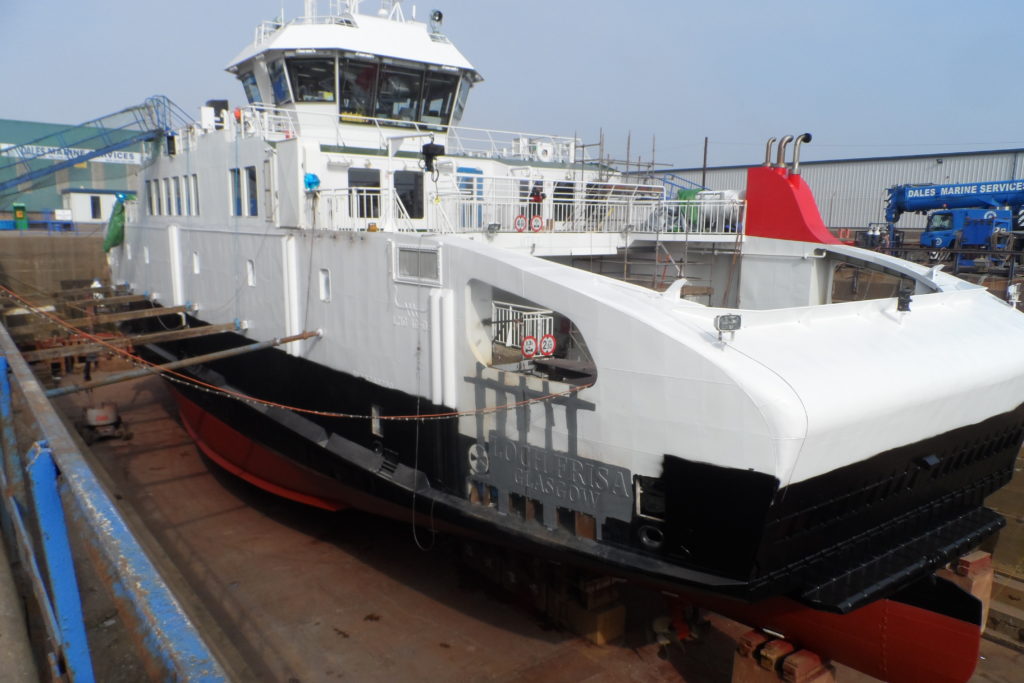 Once work is complete, CalMac’s crew will be trained regarding the MV Loch Frisa’s operation and safety systems. When the vessel gains the required Passenger Certificate from the Maritime and Coastguard Agency, CalMac will carry out operator’s sea trials, further crew familiarisation and berthing trials after moving her to the west coast.

MV Loch Frisa is expected to enter service, operating on the Craignure to Oban route, in June. This is welcome news and will provide much needed additional resilience to the fleet.

Work on Loch Frisa is progressing well at Dales Marine in Leith. Classification and flag state surveyors visited the vessel and are working with CMAL to bring it into the UK registry, and award a passengers certificate prior to it leaving Leith.

New ramps, which have been manufactured by Dales Marine in Aberdeen, will be fitted in March, and cables are currently being installed to upgrade onboard equipment such as CCTV and PA systems. There has also been good progress on the mooring platforms and new cradles for the Marine evacuation system (MES). The vessel will drydock in Leith at the end of February, during which time it will be painted and have the Caledonian MacBrayne branding applied.

Over 1000 votes were cast in our naming competition, and it was a very close.The winning name has today been confirmed as MV Loch Frisa.

MV Loch Frisa, previously known as the MV Utne, was purchased by CMAL from Norway in October, and will bring extra resilience to the network. She is currently at Dales Marine Services Ltd in Leith, and is undergoing modification work to bring her in line with UK maritime regulations.

Work includes manufacturing and installing a new ramp, replacing lifejackets and other lifesaving appliances to ensure they meet UK standards, upgrading the marine evacuation system and life raft deployment, as well as some mooring works.

The work should be completed in early 2022, and once the CalMac crew has undergone on board familiarisation training, she will be deployed on the Oban-Craignure route.

There will also be a small ceremony in the new year, where Argyll and Bute councillor Mary-Jean Devon, who is from Tobermory, will officially rename the vessel.

Help us name the newest member of our fleet

Voting is now open to rename the MV Utne, which has joined the CMAL fleet.

The names in the shortlist are all associated with Mull, the island that the vessel will primarily serve.

The shortlisted names are:

The competition is open now and voting closes at midnight on Sunday 19th December 2021. The winner will be drawn on Tuesday 21st  December 2021.

One person chosen at random from those suggesting the most popular name will be invited as a special guest (with a friend) to travel onboard the newly named vessel, and win a £200 gift voucher for the Isle of Mull hotel.

Terms and conditions apply and can be viewed here