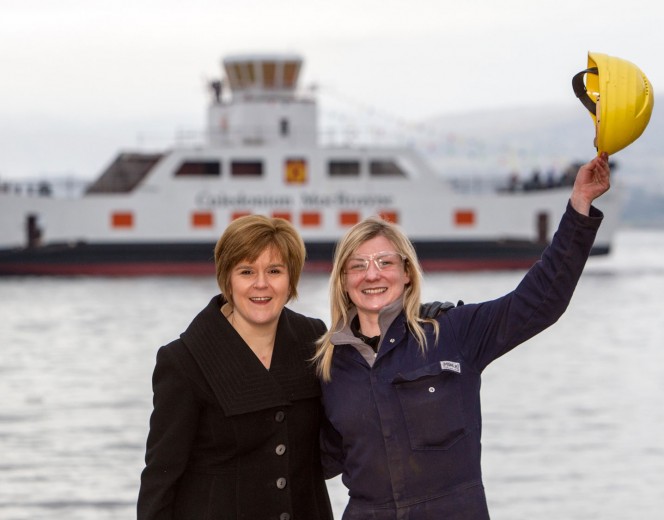 Project overview
The build of the first hybrid ferry began in January 2012 when Mrs Marylyn Lynne Johnston, wife of our previous Chairman, Grenville Johnston, pushed the button to start the steel cutting machine.

In May 2012, we ran a naming competition for the new ferry and the results were announced on 3rdOctober 2012. The winning name was “Hallaig”, which is a poem by Sorley MacLean, who was born on Raasay, on the route the ferry serves. It was originally written in Scots Gaelic and has been translated into both English and Lowland Scots. A recent translation was made by Seamus Heaney. The poem is named after a deserted township located on the south-eastern corner of Raasay. It is a reflection on the nature of time and the historical impact of the Highland Clearances, leaving an empty landscape populated only by the ghosts of the evicted and those forced to emigrate.

The choice of Hallaig as the name for the first hybrid ferry marked the beginning of the new Scottish Literary Class, meaning all new ships to the fleet, including the second hybrid ferry, will be named after Scottish literature.

The MV HALLAIG was launched on the Clyde by First Minister, Nicola Sturgeon on 17thDecember 2012. Ms Sturgeon was joined at the launch by Ferguson Shipbuilders’ first female apprentice, 19-year old Jill Hughes, one of their apprentice shipbuilders who helped deliver the ferry at the Port Glasgow yard. Ms Sturgeon is the ship’s Godmother and said at the launch:

“Today is a great day for Clyde shipbuilding, and a great day for Scotland. It has been over five years since the last commercial ship was fully built and delivered on the Clyde, and the launch of the first of two new vessels today symbolises everything that the Scottish Government is striving to achieve.”

First Minister, Nicola Sturgeon is pictured below with one of Ferguson’s new apprentice shipbuilders and their first ever female apprentice, Jill Hughes.

MV HALLAIG undertook a set of sea trials in August 2013 to prove the various systems, speeds and equipment on board. The ship operated on the batteries alone for the first time, achieving her design speed, and the sense of a ship moving through the water almost silently was a little disconcerting at first for those on board. Immediately people christened this the ‘stealth mode’.

Late November 2013 marked the maiden voyage for the MV HALLAIG on her route between Sconser and Rasaay, where she is under the control of her operators, CalMac. The local communities on those islands were the first to benefit from the green technology investment, with the ferry becoming a vital lifeline to islanders. 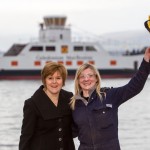 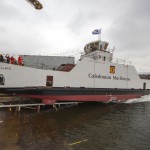 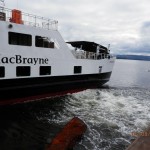 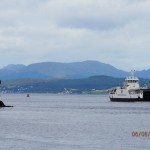 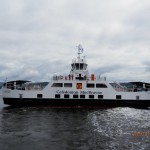 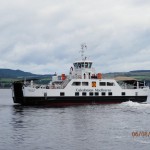 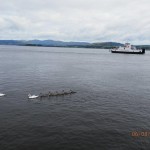 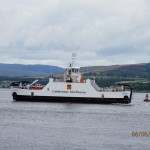 News items related to this project